I’ve recently realized that magic exists. I think this happened when I found out that a kingfisher visited Dacres Wood. I didn’t see it myself, but Ema, who runs a toddler group at Dacres Wood on Tuesdays, sent us a photo. 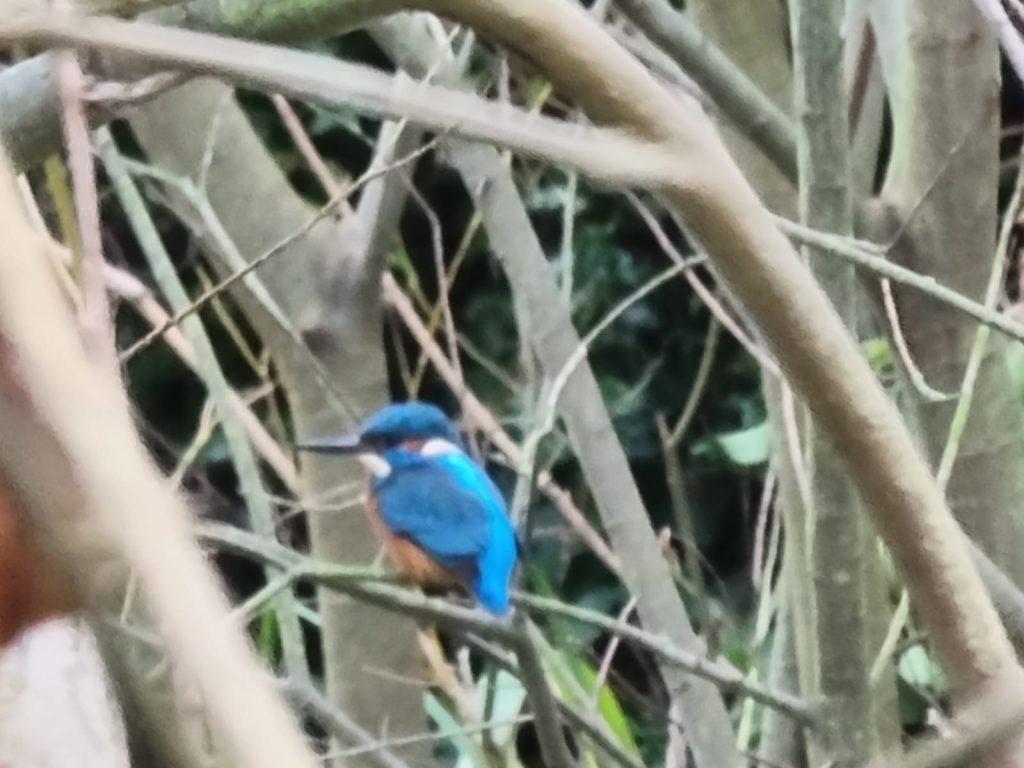 It was a Kingfisher. Sleek and proud. Skilled and clever. Beautiful. Calm and present.

I’ve barely seen a kingfisher before. I first imagined them on a visit to the Ravensbourne in our first year of Free We Grow. While wading in the water, Nick, from Thames 21 was telling the children about the birds they see. and he mentioned the kingfisher.

I remember the glint in his voice as he said that yes, sometimes he and his team of volunteers see kingfishers while working on improving and bringing back the meanders to the little tributary. The kingfisher swoops down along the water so fast they barely catch a glimpse of the electric blue.  As he described this to the children, I remember they spent the next few moments, in their waders, thigh deep in water looking out for the kingfisher, swooping their heads along the flow of the river hoping to outwit kin and catch a glimpse.

Then a couple of years later, on a walk by the River Ouse by Seaford, my friend Dan stopped and pointed into what looked like mud banks. “There it is!” He sighed, following his gaze along the meader of the river as the Kingfisher turned the corner. I looked, I looked and I looked, but I couldn’t see it.

Now I know, that the kingfisher visits our little paradise. When I walk across the bridge over the pond, my pace slows by a breath.  The spirit of the place holds me in a gaze of anticipation, knowing that the flash of blue might be there. And it feels like magic.

We have a beautiful magic box indoors. It’s pretty and decorated and full of trinkets with which to play magic tricks. Wands and boxes with mirrors and secret compartments. The children love playing with it and I do too.

And I’ve now realized that that’s not magic, it’s trickery. Trickery is fun and clever and can be cool, but it’s not magic. Magic is a different thing altogether, and it is there too.

It’s there when we spot the frogspawn each spring in the pond, tiny bubbles of shiny black just above the surface of the water, catching the glimpse of the light. 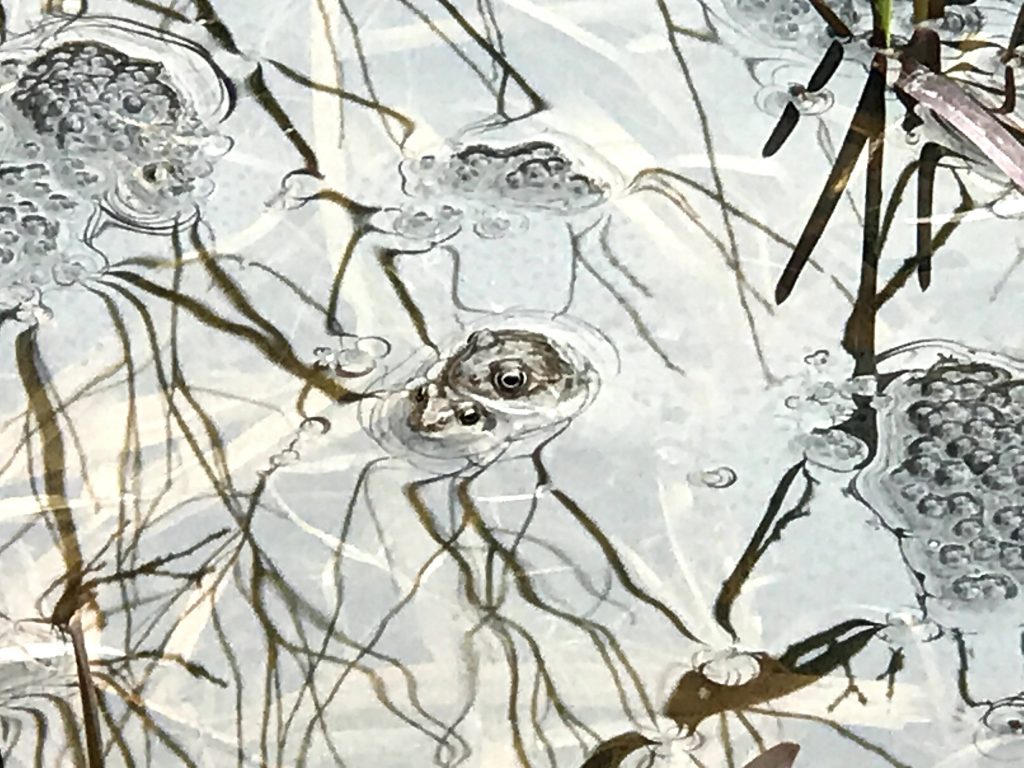 It’s there when we see the moorhen nest being built in a huddle of iris leaves, growing in shape every day until we spot the eggs!

It’s there during the meeting, when in mid conversation one of the children jumps up and looks at the far end of the woods by the fence and points. The other children stop what they’re saying, look at him and ask, what is it? It’s a fox, he says. They all look in that direction, it’s gone, but in that moment of silence, they feel its presence.

It’s magical being at Dacres Wood. And I think it’s a magic that you start to notice when you really know a place. Where you know it so well, that you notice. You notice the small things, you make connections, you build a picture.

Over the next term, we’ll be saying good bye to the old crew, and they’ll be saying good bye to us, to the woods, and to the space where they’ve been able to explore who they are, freely. They’ll move on to other worlds, other places, other relationships, other woodlands and other exploits altogether. This is very exciting! I hope and trust that one thing that Free We Grow may have given them, is the ability to tune into the magic. 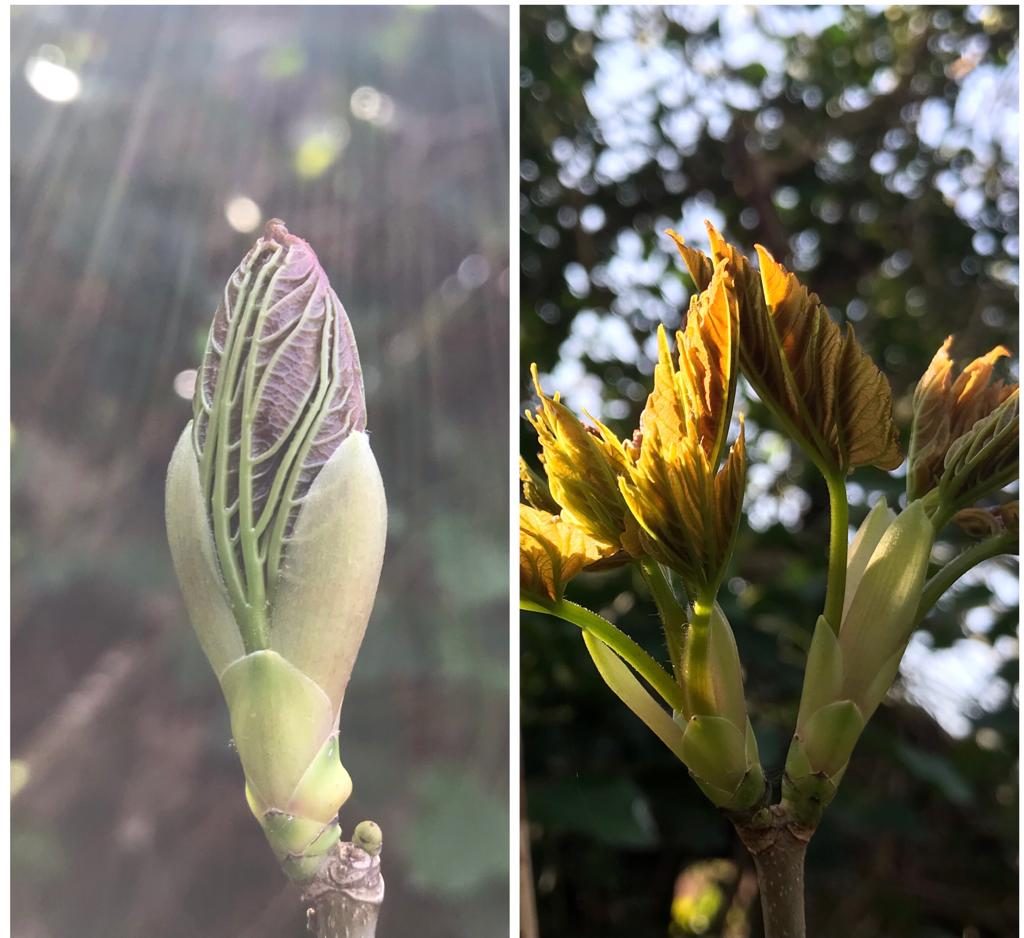